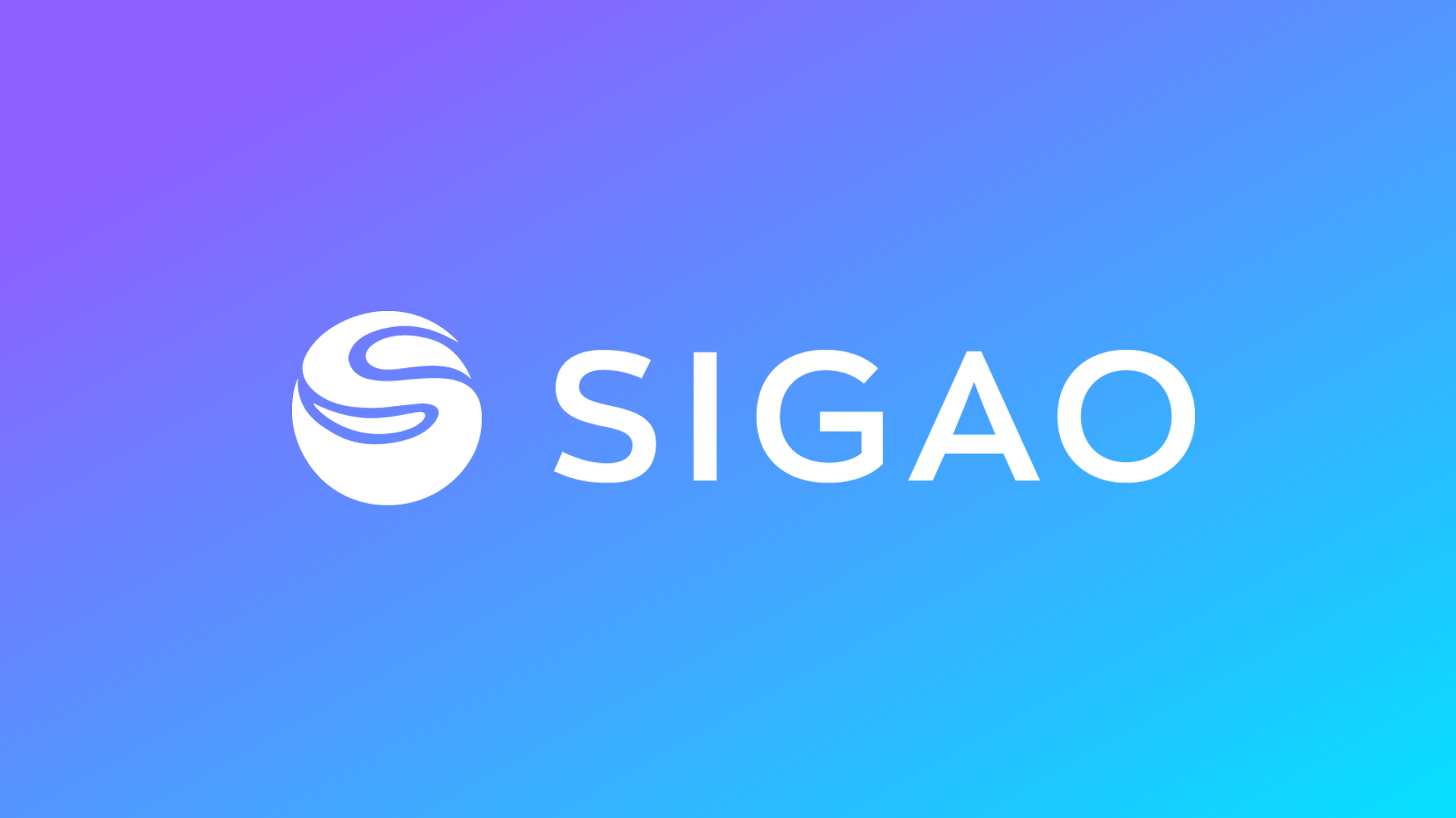 When Should I Create an App and Is it Worth It? (Failing Fast & Cheap)

The rush to discover the next big app idea encourages many innovators to build apps before doing due diligence on their customers’ needs and validating their assumptions. Do you need an app, when should you create it, and will it be worth it in the end?

Startups and established businesses should not build an app before creating a value proposition for the product or service, generating and testing their assumptions, and making necessary changes to the underlying business model. Testing ideas allows the business to fail faster and cheaper before committing to expensive app development.

To illustrate this concept, let’s take a look at what we think we know about app development and innovation in the tech industry and walk through the process and benefits of testing ideas before building expensive technology that might not even satisfy the demands of your customers.

Does it make sense to have an app?

Over the past 10 years, few things have become as ubiquitous as an app and many innovators wonder when they should build an app or if it even makes sense to make one at all.

What started off as a way to incorporate simple microtools into smartphones has since exploded into a multi-billion dollar industry now fueled by nearly unlimited marketing and data gathering potential.

These days apps are found not just on your smartphone, but on TVs, watches, cars, and even refrigerators and dishwashers. One would be hard-pressed to find any service of a significant market size that does not have an app on at least one platform.

And despite this, you shouldn’t build an app for your next big idea.

This probably seems counterintuitive. If nearly every successful business has an app providing vast amounts of revenue, it stands to reason that you need one for your idea to be successful, right?

Well, the answer is: maybe.

The largest and most successful companies today know how to pivot

However, what’s even more interesting is what Amazon did before it became what we see today. When Jeff Bezos launched Amazon, the company was designed to be a website that purely sold books. That’s it.

The third largest company on the planet started off selling something you can get for free at a library.

As you can imagine, it didn’t take very long to change to a model that people liked. Bezos did what virtually everyone with an early-stage idea does: he pivoted. He collected information on customers, determined why they wanted something different to what he was providing, and changed the model to fit the market.

In fact, the business world is littered with similar stories.

People with big ideas and unlimited belief in the value of their product slam headfirst into uninterested customers every single day. In those circumstances, there are only two options: adapt or fail.

Odds are good that every company you recognize once provided a service their customers didn’t want. If you still recognize them, it means they dropped the bad idea and tried something new.

What does this have to do with apps?

Imagine you’re starting a business or launching a new product from within your company. You have an idea you love, and you think customers will love it too.  Your solution is most likely tech-based and, if you’re anything like the vast majority of entrepreneurs, you’re probably thinking about how to get an app built to bring your solution to life.

Maybe you’ve considered pitching the idea to get funding, or maybe your company has given you a budget for this.

Does any of this sound familiar?

If this is you, you’re missing a major, catastrophic issue: most early ideas fail.

By building the app first you’re essentially closing your eyes and throwing a dart at a board, hoping you hit the bullseye – except that these darts cost $50,000-80,000 a throw. You’ll spend your life savings or company budget to throw this dart without even knowing what your customers want until after the money is already gone.

Can you afford to pivot after the fact?

Can you afford to gather customer feedback after launch?

Can you afford to maintain this app while waiting for customers that may never come?

Put simply, a successful app is the end result of a value proposition that customers actually want, not the first step to launching the business.

Silicon Valley and startup culture have tricked us into believing that business success is born of huge investments and “genius ideas” that take off after a full-fledged platform is launched. However, the reality is that no one – not even Jeff Bezos – knows what customers will want before hearing from the customers themselves.

How to fail fast and fail cheaply before building an app

As an entrepreneur, you are tasked with one objective: discover what is valuable to your customers as quickly and cheaply as possible. To do this, you’ll need to shift to a more experimental mindset and accept failure as not only inevitable but essential to your eventual success.

By embracing failure as a learning opportunity, and learning to fail quickly and cheaply, you’ll gain vast amounts of insight into the needs of your customers without wasting time and money on an unproven solution.

In short, you need to lower the cost of each dart throw and adjust your next shot based on where the last shot landed.

How to validate business ideas by testing assumptions

To illustrate the point, meet our imaginary entrepreneur, Alex, who is developing an ice cream delivery service.

The idea hit Alex while commiserating to friends about late-night cravings for ice cream, but it hasn’t really gotten farther than the “idea stage” yet. At this point, most entrepreneurs start making life harder on themselves.

The “traditional” path would be to gather some research, draw up a business plan in excruciating detail, identify suppliers, and begin looking for someone to invest in the idea. Once an investor is interested, Alex would then use the money to buy equipment, hire employees, and execute the business plan.

Ultimately, it would cost tens of thousands of dollars and an incredible amount of time on a single, massive test of the ice cream delivery concept.

However, Alex is not “traditional”. Instead of trying to launch the idea as it exists on paper, Alex decides to focus on the value proposition of the ice cream delivery service to see what aspects of the idea can be tested without setting up the entire business (and spending incredible amounts of money in the process).

At first, the tests are small and cheap. Alex stands outside an ice cream shop and asks people to take a survey in exchange for a small ice cream cone. The results are good, but Alex knows they aren’t very reliable.

Perhaps the participants were just happy to be getting free ice cream?

Use pre-orders to measure buyer intent

So, Alex creates another test, this time creating a scenario in which people must be really interested to participate.

With the help of a local print shop, Alex makes fliers to promote an early sign-up for this ice cream delivery service and distributes them around town. This requires people to not only pledge to purchase the service when it’s available but also to go out of their way to do it. Again, the results come back encouraging.

At this point, Alex is relatively certain that there is a demand for the idea and people are willing to purchase it.

For the last test, Alex decides to make sure the concept is feasible, and what better way to work out the bugs than to attempt to operate the concept on a small scale?

So, using the customers who responded to the signup form, Alex begins delivering ice cream and charging for the service. Without an app or employees, the operation is crude, but it works well enough for the small sample of customers.

However, there seem to be problems cropping up.

Customers don’t like the high prices, but Alex can’t source the ice cream at any lower cost. On top of that, the scale required would necessitate multiple stops which leaves the ice cream to melt without large and expensive freezers. Alex realizes the model as it currently stands would be too expensive to operate and decides to shut it down.

The ice cream service is a failure…or is it?

Over the course of Alex’s journey, the total cost was around $5,000 for the surveying, fliers, and prototype supplies, which is about 20 times less than what it likely would have cost to launch the business in its entirety.

The business in that configuration may have failed, but Alex now knows two things:

This is extremely valuable information! Alex can now return to the business model and change it up.

Maybe the flavor offerings can be changed so customers are willing to pay more?

The point is that Alex discovered the original idea wasn’t viable and didn’t blow hundreds of thousands of dollars to do it. This is the lynchpin of the experimental mindset. Conduct cheap experiments early, record failures, then pivot to new ideas.

Swallow your pride and accept when you hit the wall next to the board instead of the bullseye. Do everything you can to get your version of “Amazon as a book retailer” out of the way as fast as possible.

Your tests may lead you to need an app, or they may not. The point is that apps are not the beginning of the journey, they are simply an effective (and expensive) method of delivering the value your customers are already looking for.